Neurofeedback is the process of measuring and analyzing how our brains function.
Our brain is composed of 100 billion cells called neurons. These neurons communicate with each other through electrical and chemical signalling to help us think, feel, and read the words on this page. Neurofeedback uses Electroencephalography (EEG) to measure this electrical activity and to measure the voltage of our brain waves.

During the procedure, small electrodes are placed on a patient's scalp that can  record brainwave activity. The brainwave  signals are then amplified and can be displayed for observation and interpretation by specially-trained clinicians. An EEG is a safe non-invasive procedure, nothing is being directed into the brain, this is purely a measurement technique, much the same as an electrocardiogram. Neurofeedback training uses the EEG information to control another computer program that interprets the signals according to a protocol designed by the neurotherapist that provides feedback or ‘rewards’ when specific patterns of brain activity are inhibited or increased.

Neurofeedback has been shown to positively affect  cognitive, motor and behavioral challenges affecting children and adults.

What is the history of neurofeedback?

Neurofeedback has gained considerable media  attention in recent years. However, it actually has a history dating back over five decades. In 1968, Joe Kamiya PhD at the University of Chicago, published his finding that study participants could learn to control their brainwaves through a reward feedback process. He trained patients to maintain an Alpha brainwave state by rewarding them with the sound of a bell.

Around that same time in 1972 Berry Sterman PhD at  UCLA, discovered that people who suffered from epilepsy could reduce their symptoms from 20% to 100% by using neurofeedback to train their brainwaves to increase to a certain frequency at a specific scalp location.
Since then, hundreds over 2000 controlled studies have  expanded on their research findings, and established  the efficacy of neurofeedback and EEG monitoring as therapy for a wide range of cognitive and neurological impairments. 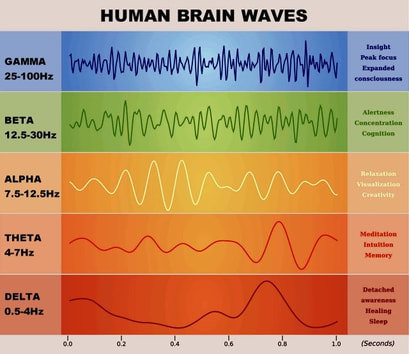 Neurofeedback training helps people shift the way their brain produces and distributes electrical energy. There are five types of electrical activity in our brain, ranging from most active to the least active:
​ ​
Understanding brain waves activity patterns or networks, is crucial for a complete conception of how neurofeedback works. Brainwaves do not always function properly and this dysfunction can lead to problems in cognition such as Attention-Deficit-Disorder (ADD). Traumatic brain injuries can also cause brain waves to function improperly, e.g.,  early onset Alzheimer’s disease.

Fortunately, the brain has the capacity to be its own mechanic: to use repeated practice to retrain and repair itself. Neurofeed​back therapy takes advantage of this capacity, also known as neuroplasticity, to retrain a patient's brain waves and restore them to healthy functioning.

For example, a person with ADD struggles with maintaining attention, distractibility, and impulsivity which results from an increased presence of Delta and Theta waves and a shortage of Beta waves. Through a series of neurofeedback training sessions, a client trains their brain to increase the ratio of Beta waves, resulting in a lasting improvement of their ADD symptoms.
​ 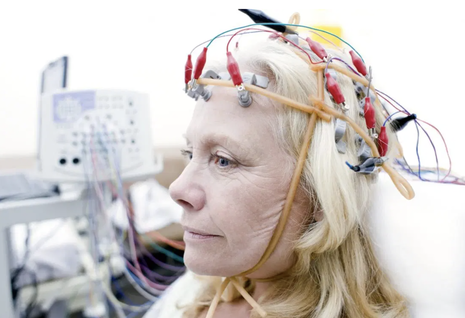 If you are experiencing cognitive “fogginess,” forgetfulness, forgetting common words, taking longer to complete familiar tasks, frequently misplacing items, and asking the same questions repeatedly, these are common symptoms of dementia or memory loss. Recent studies have shown that neurofeedback can be an exceptionally good therapy for improving symptoms of  memory loss.

Problems with memory are often associated with an improper balance of slower (Delta & Theta) and faster (Beta) brain waves). Through a series of neurofeedback sessions, a client would help restore their memory by training the brain to more efficiently manage the production and distribution of   brain electrical  activity.

How does neurofeedback help memory loss?

Some people find the headgear, wires, and computer related machinery of a neurofeedback session uncomfortable and daunting, in fact, the process is rather simple and completely safe.

To begin using neurofeedback, a client will complete a baseline assessment. Patients will rest their eyes closed for 5 minutes and then keep their eyes open for five minutes while staring at a single point on a wall while wearing a device that measures their brain activity. Patients will wear a cloth or rubber tubing 'hat' with up to 19 sensors that monitors their brain's activity. This baseline assessment provides the patient and clinician with a brain map that visually represents the patients current brain wave activity as compared to normative data based on age, gender, and handedness. 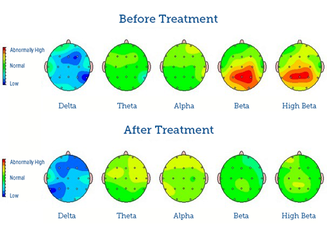 The brain map is quite useful because it provides a quantifiable number representing how a person's brain is functioning compared to the brain activity of their normally functioning peers. This brain map also helps indicate which brain areas and/or networks to target for training.
In the brain map above, we see the various brain waves both before and after neurofeedback treatment. We see that before treatment, the patient had abnormally high levels of Beta and High Beta, however neurofeedback sessions successfully helped train the patient to improve their brain wave functioning.

During a Neurofeedback training session, a patient sits comfortably in front of a video or computer screen   with a number of sensors on their head and ears to detect brain wave activity, which is then monitored by the clinician. This brain activity is then displayed   either as a bar or other graphic that allows the person to see if they are improving their functioning . Note: Quietmind uses a method to control the brightness and sound volume of the computer itself so that users can watch/listen to whatever they want as a source of feedback. Ultimately, the client’s goal is to control the images or other activity  on the screen by altering their brain wave activity. The observation of how their brain can control the audio-visual feedback helps the brain learn how to modify its functioning, there’s no ‘trick’ or ‘gimmick’ involved, just the repeated rewarding of desired behavior. . Neurofeedback is so effective because it gets the brain to unlearn and learn more efficient  neural connections that result in optimal brain functioning.

Neurofeedback training may in some cases be  a viable alternative to medication treatment in regards to memory loss. Neurofeedback works by taking advantage  of neuroplasticity. The brain has a remarkable ability to learn and it does this by creating neural connections between different areas of the brain. The type of learning that the neurofeedback capitalizes upon is operant conditioning.

According to Simply Psychology, operant conditioning is defined as a learning strategy in which being reinforced (rewarded) will likely be repeated, and behavior which is not rewarded  will occur less frequently. Neurofeedback reinforces our brain wave activity  toward a more optimal state of balance and efficiency. For example, the television show, video game, or sound that we are watching or listening to during a session will fade in when we are engaging the proper brain waves (reward) and fade out if we are not.

As opposed to the use of pharmaceutical drug interventions, the lessons our brain learns through neurofeedback become self reinforcing and therefore become permanent . In contrast, the effects of a drug will only last as long as the drug is being regularly consumed. Thus, the time and effort put into neurofeedback training sessions is greatly rewarded by an endured return to a healthier, normal life.

How can you start using Neurofeedback?

We will provide you with an intake package of information for you to complete, return and then schedule a consultation. The consultation will take about an hour and includes a review of your history and current goals, neurophysiological testing, QEEG brain mapping with a brief review of findings and initial training protocol and other treatment suggestions. ​